Until the end of the 1970s, the scrap collectors were a familiar sight all over the city. Now, not so much.

The guy at the front gate was adamant. You can’t just arrive at New Cross dump and start waving a camera about. There are procedures, you know. Bigwigs to speak to, higher-ups to consult.

“Can I talk to then manager then?” I asked, more in hope than expectation. “Maybe when he’s back from lunch.” “When will that—?” The glass partition snapped shut before I could finish my question.

Attempting to track down what remains of London‘s rag-and-bone men was a more arduous task that I’d imagined. The waste and filth of the metropolis has always had its entrepreneurs, and I’d let myself believe this would be as true now as it ever had been.

For centuries there were the unfortunate souls who trawled through the swamp and slime of the Thames riverbeds for whatever nuggets of waste could be salvaged for petty cash. The mid-19th century saw the birth of the rag-and-bone man, an institution that has clung resiliently to London’s collective memory. On foot or horse, they were the figures who would scrape the streets for any rags, metal or bones which could be turned over for an often meagre profit.

Until the end of the 1970s, they were a familiar presence all over London. Distinctive by sight and sound, they were part of the backdrop to a city quickly lurching into modernity. 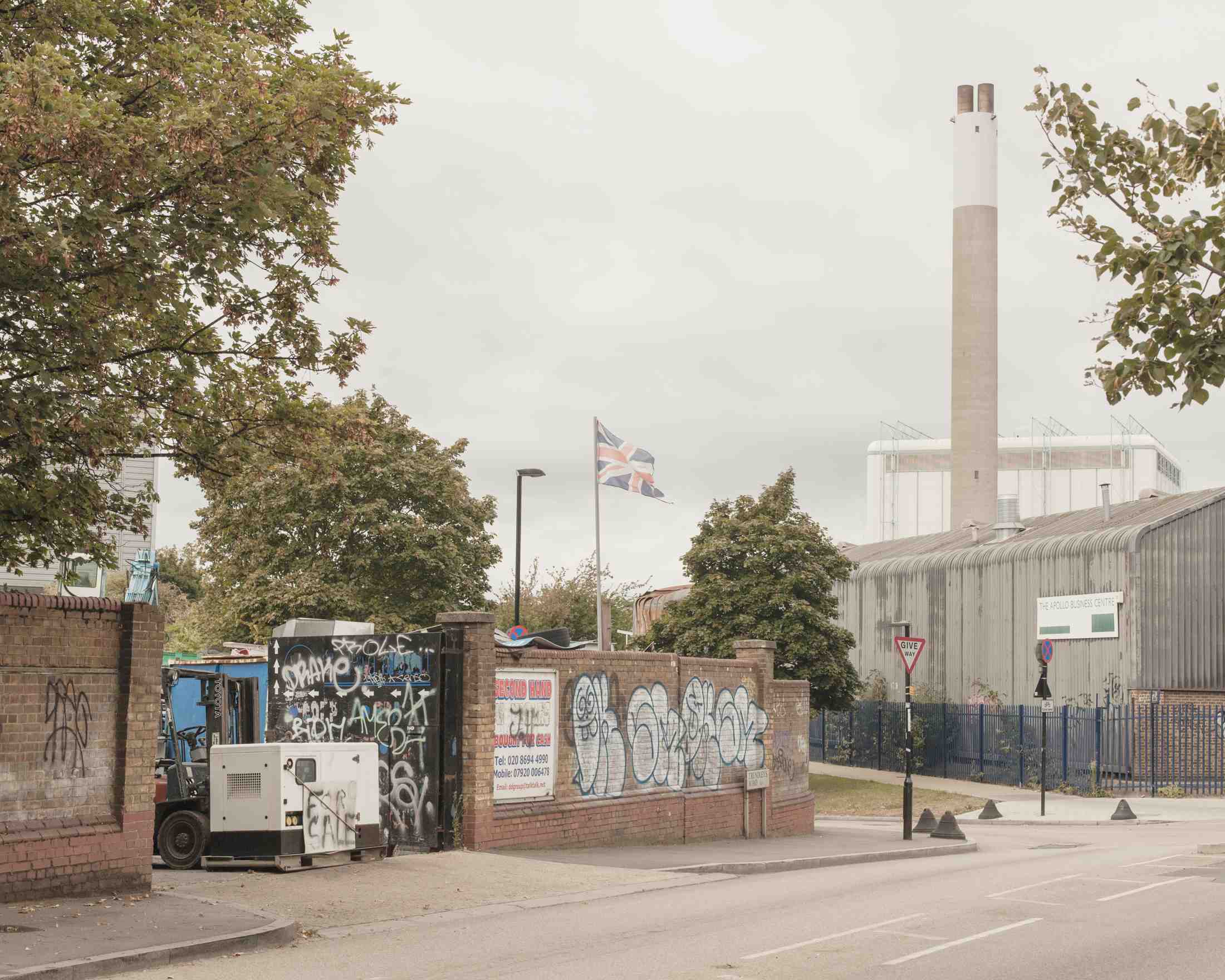 Deptford, the spiritual home of the rag-and-bone man, may be on its way to becoming unrecognisable from the heyday of the men I’m trying to find, but it still retains a slight aura of suppressed neuroses – the result of its unique blend of the nautical and the inner city. So: no better place to start.

As we set off, photographer Chris questioned our mission: he was sure his hometown, near Manchester, still has its own rag-and-bone man – a guy in a van who cruises around on the hunt for scrap and discarded white goods. How, he wondered, could I claim their extinction was nigh when he’d so recently heard the plaintive cry of “rag and bone” near his mum’s house?

The distinction, small as it may be, is important. To be a real totter, or grubber, or bone picker – or whatever you wanted to call them – you needed the horse and cart, something that’s lacking from their descendants, the recyclers and junk collectors of Chris’ town and beyond.

In London, my research started to point to a consensus. The rag-and-bone men were going, maybe gone. It’s thought that the last “real” totter might well have died in 2007. For over 50 years, Alf Masterson had been one of Camden’s most distinctive and beloved local characters. The young Masterson had caught the bug during his 1950s childhood, after swerving school to accompany a friend’s dad on his rounds in Finchley, that byword for endless middle class suburban sprawl.

At 15, Masterson left school for a series of transitory jobs, as he told a local newspaper in 2007 not long before his death from cancer. For the first few years he did what the older heads did, traversing the streets in horse and cart, until it became too difficult to find a farrier – a specialist in equine hoof care. After that, he walked. From Primrose Hill, to Regent’s Park and beyond, “where celebrities like Alan Bennet, Joan Bakewell and Suggs [were among] his customers”. Masterson’s funeral was a public event, attended by dozens of mourners from all over Britain. The celebration of a long and storied life that many recognised to be one of the last of its kind.

One friend told me he’d heard of a totter near Dartford, who did his rounds so sporadically that there seemed to be no rhyme or reason to his movements. Of course, no one had a phone number or contact details, and I didn’t much fancy standing around the streets of suburban Kent on the off chance he’d wander by.

SECOND TIME AROUND, ON LEWISHAM WAY.

Meeting Billy Granger, then, was an act of blind luck. I’d taken myself to Lewisham Way, not far from the rattle of New Cross Road. It’s long housed a strip of old fashioned second hand stores, of the sort that used to be ubiquitous across the city. Firstly, Aladdin’s Cave on Loampit Vale, then Second Time Around, which Billy’s family has run for over 30 years. After asking permission to poke through their mixture of furniture, hardware and electronics, Billy quite reasonably wanted to know what my deal was. As soon as I mentioned the rag-and-bone man quest, his eyes lit up.

Both Billy’s father and uncle were rag-and-bone men, of the old school. The family lived on nearby Brookmill Road for years, during his childhood and beyond. He gave me a potted history of Deptford in that era. “You know where the Albany Theatre is, where the estate used to be? That’s where they kept the horse and carts. There was a Marks & Spencer there as well, and the old dump. It turned into a scrapyard, but now it’s been built over and it’s completely different. Look closely at the cobbles – that tells you the history.”

Things changed, Billy told me, after his teenage years. His dad was experienced enough to see the way things were going for the old trade. The family’s first shop, First Time Around, was originally on Deptford High Street. “My dad got me in next door when I was about 20,” he explained. “He started selling white stock – cookers, fridges and washing machines. He used to buy them off the rag-and-bone men and sell them on. Back in 1988, when they changed the fire safety laws, that messed us up. My uncle had a shop on Brookmill Road as well. My dad passed away a couple of years after he retired, at 72. We ended up moving here in ’88. And at the time it cost fuck all, to be honest.”

I asked Billy if he knows of any of the original totters left. “Everyone’s in vans now, aren’t they?” he said. “Until very, very recently there was a guy between Mottingham and Eltham who used to go rag-and-boning. He was the only one. Nowadays you have to have licenses to go to different boroughs. It’s just so different – it’s hard to compare to the old days, really.”

Billy’s old business partner was a real traditionalist, he told me. After he died a few years ago, a new manager came on and took the business online. “We’re on Yell now and it’s kicked right off,” said Billy. “I’d say about 30 percent of our business is online now, in and out. It’s not just London, it’s all over.” The last few days had seen calls from Birmingham, he explained, and even as far as Qatar.

“A lady was selling her house here and wanted it cleaned out,” he added. “Some Americans who own flats in Lewisham needed new beds, so we did that. I feel a bit like a caveman that’s seen the light, you know? But you have to – you’re fucked if you don’t.”

The nearby Aladdin’s Cave is an unfortunate case in point. Its future is uncertain, tied up in a dispute with National Rail over the now valuable land it sits on, which is due for “redevelopment”. For many in the second-hand trade, times are hard and getting harder. Billy is philosophical about their plight. Luckily, he owns his premises and they’ve been around for enough time that a loyal customer base exists. “Life goes on, what can you do,” Billy sighed.

Rag-and-boning as a profession might have already passed into London’s folklore, but it felt heartening to talk one of its inheritors who is moving with the times. There was nothing easy about a totter’s lot, even if it’s simple enough to feel a nameless sort of sentimentality about the London they moved through, a place both narrower and more navigable than the city of today.

Walking down into Lewisham from Billy’s I passed the cluster of superimposed-looking blocks of luxury flats that have sprung up near the station over the last few years. Walking on, I chuckled, trying to imagine a totter, horse and cart tethered outside their doors.